These are long cayenne peppers. 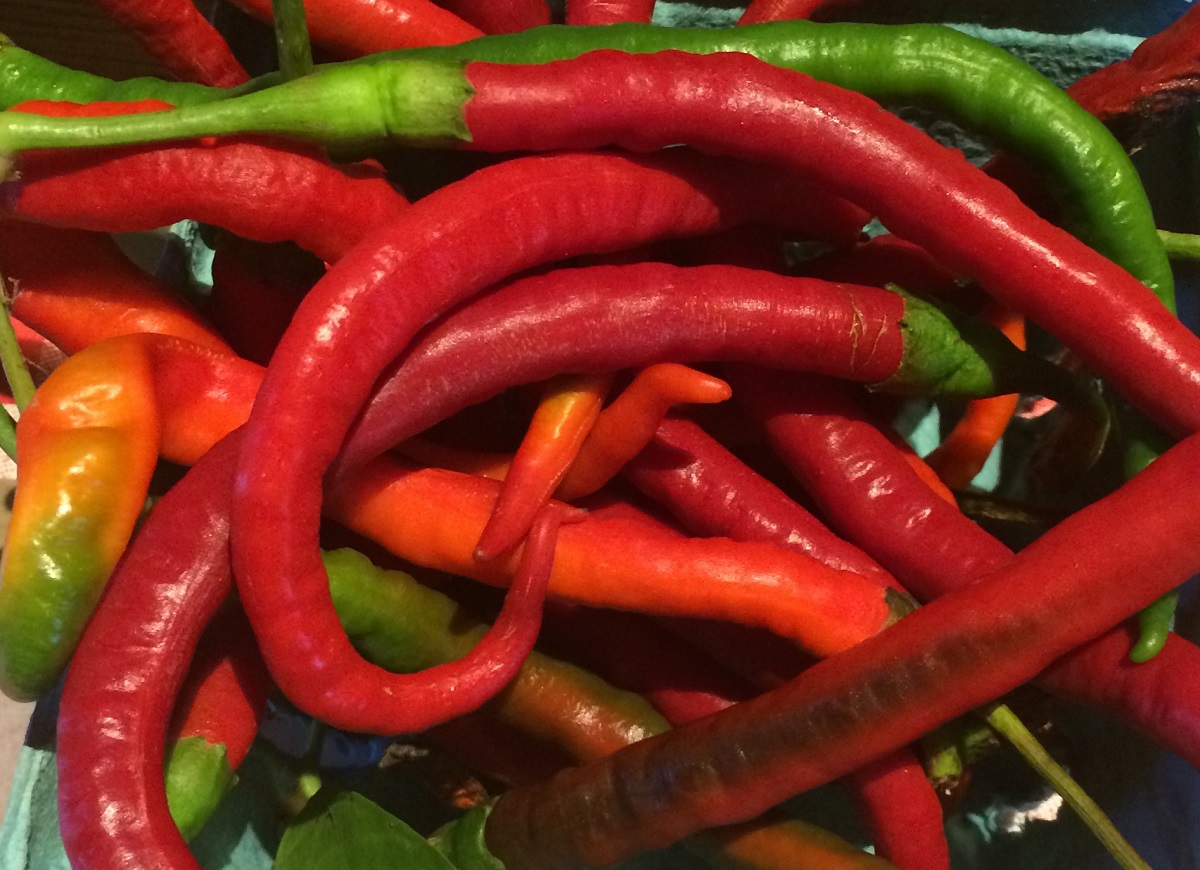 Two new hot pepper varieties we are growing this year are a 2” mild habanero called the Aji Dulce and a 3” green to yellow southeast Asian hot pepper called the Kristian (F1) Thai. Hot peppers come in many sizes, shapes, colors, and spiciness; and over the last few weeks, we have been able to distribute different varieties of peppers (mild to hot) to our CSA customers and our Farm to Food Bank Program.

In this photo, the bright red/orange ones are the Aji Dulce, and the green ones are the Kristian (F1) Thai hot peppers. 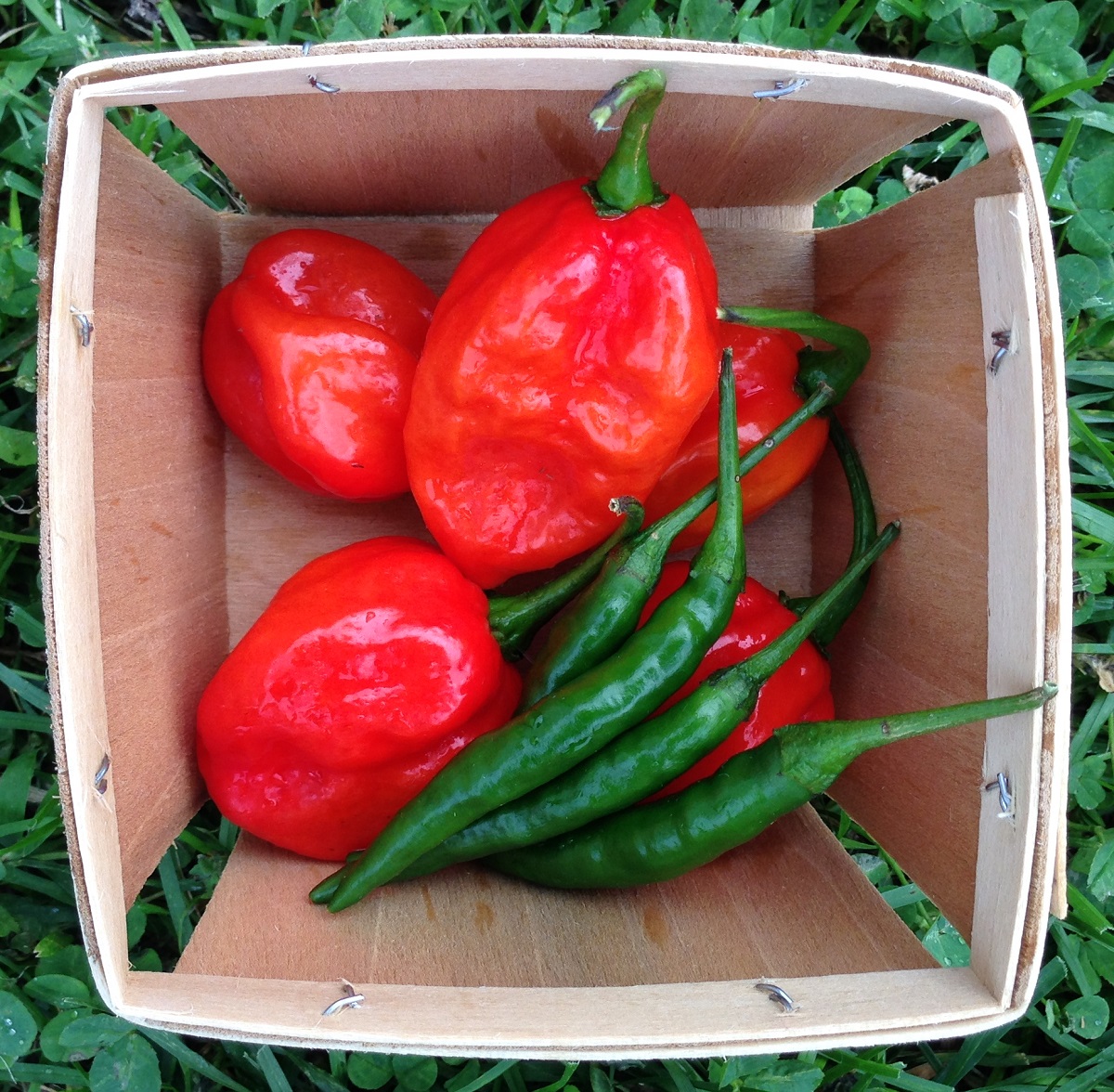 People think the seeds are the spiciest and hottest parts of hot peppers. But they are not. It’s the chemical compound capsaicin (an oil), which covers the seeds and is concentrated in the flesh near the seeds, namely the pith and the ribs. The part closest to the stem is usually the hotter part of hot peppers because it has the highest concentration of capsaicin. If you eat something and it’s too hot or spicy for you, drinking water usually won’t help. Dairy can help though, so drink some milk or eat some cheese.

These green beauties are jalapeno peppers. 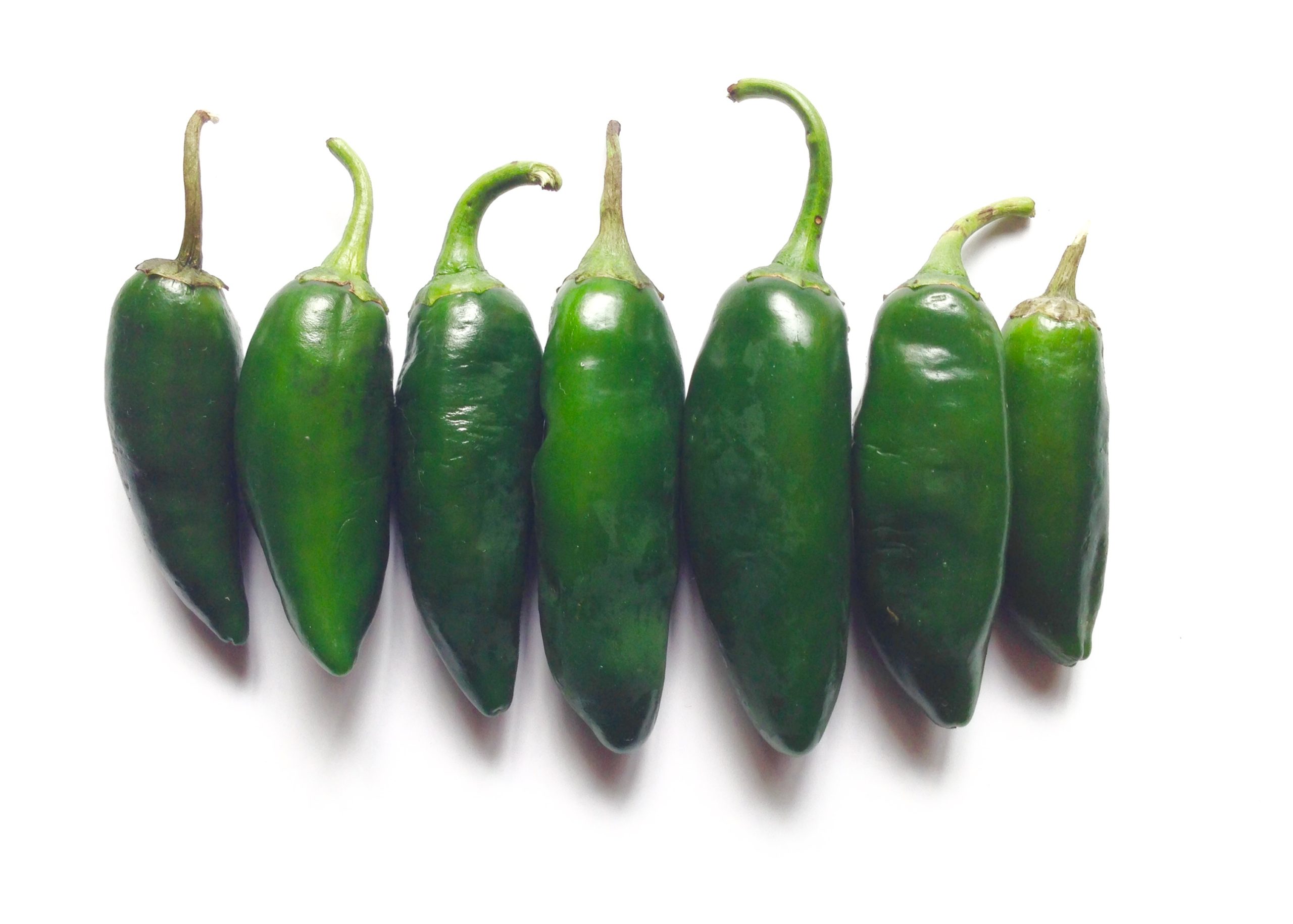 Here are Hungarian hot wax peppers growing out in our fields. 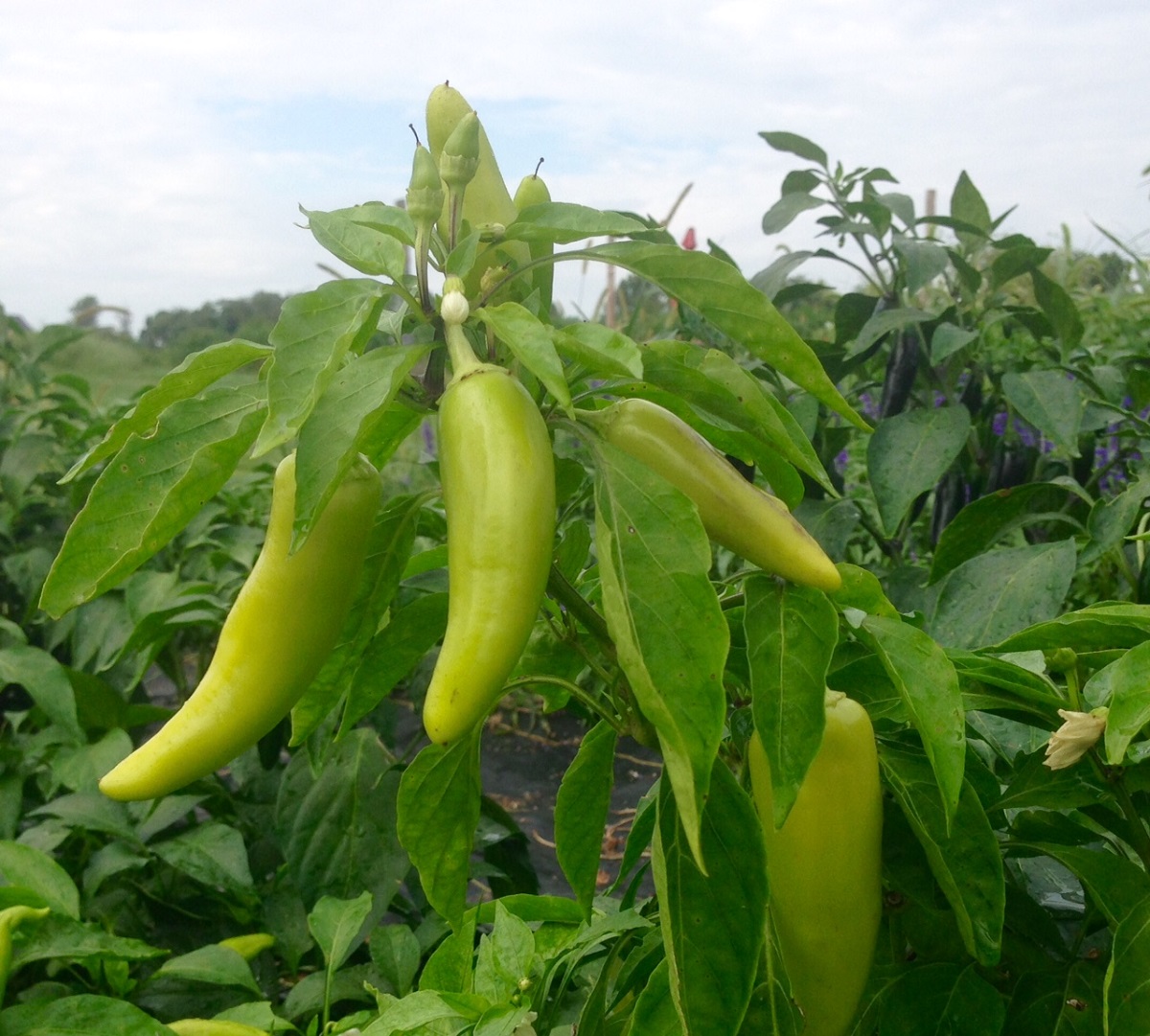 People love peppers in their many and varied forms, from sweet, hot, to tear inducing fiery. Some hot pepper dishes and recipes include salsa, red chile hot sauce, queso, sweet and spicy pepper jelly, pepper poppers, and grilled cheese filled bacon-wrapped jalapeno peppers. Add some spice to your life and give hot peppers a try!

In the photos below: 1. Aji Dulce. 2. Bangkok Thai chiles. 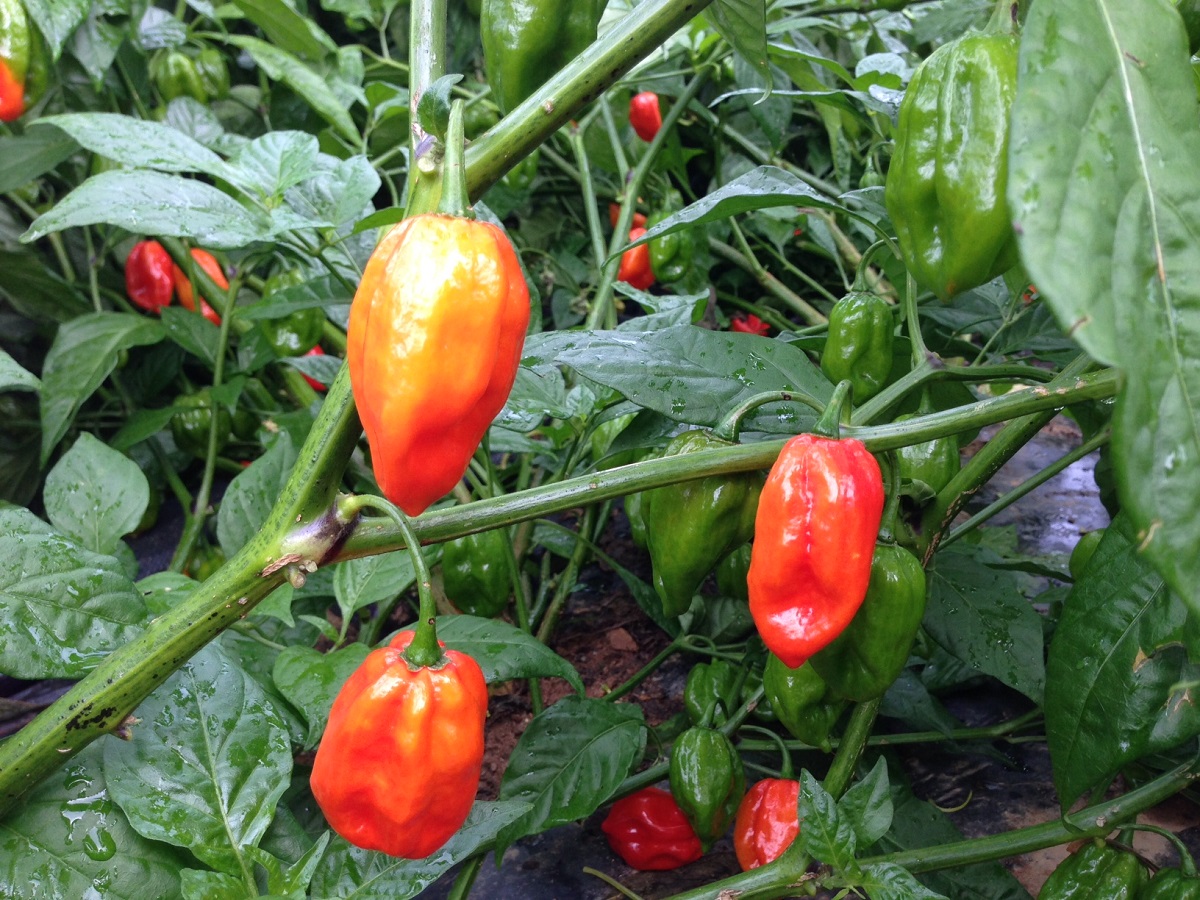 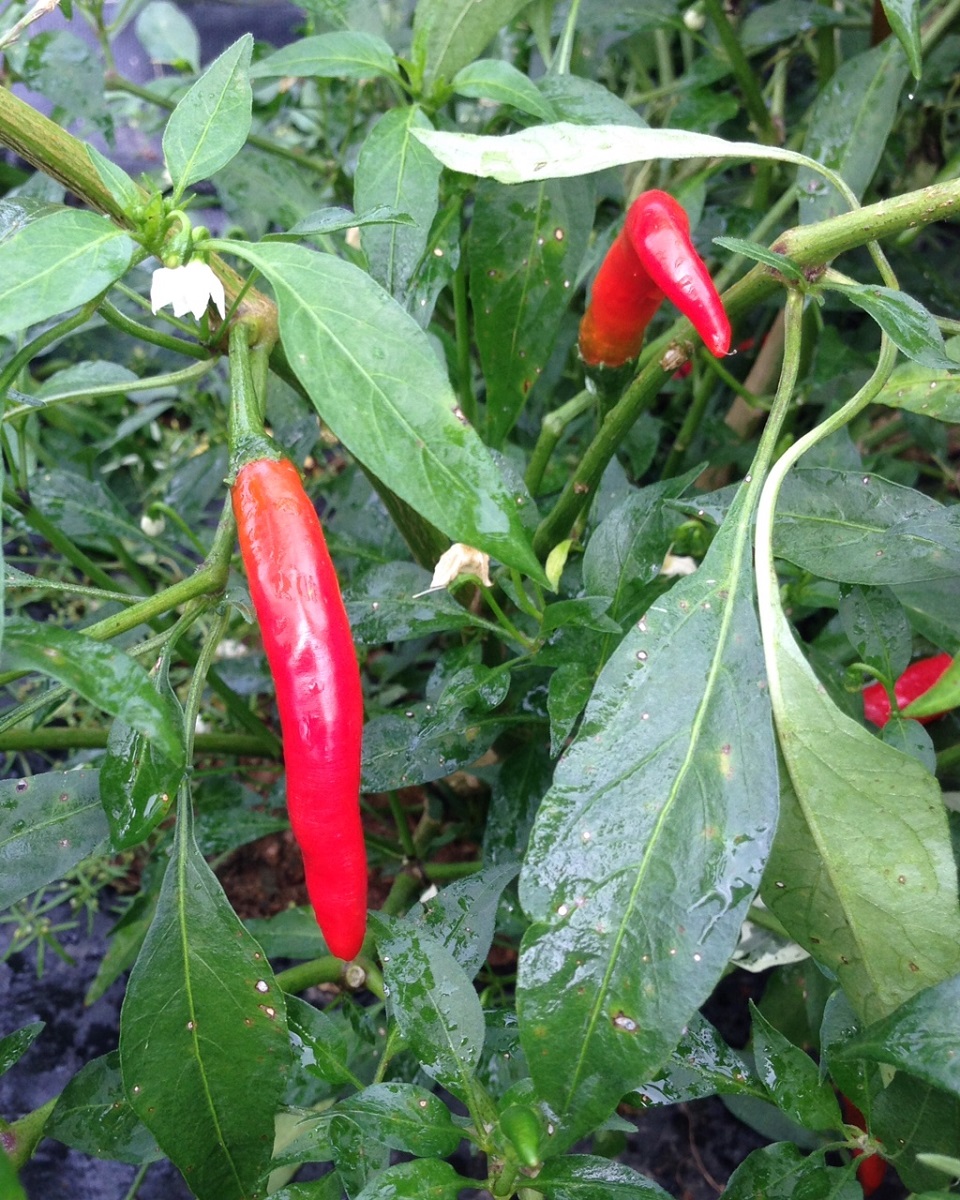