It’s #VeggieWednesday! How well do you know okra? Two new heirloom varieties of okra we are growing this year are a red okra called Bowling Red and a dwarf green okra called Cajun Jewel. The last couple of weeks, we have been able to distribute an early harvest of okra to our CSA customers and our Farm to Food Bank Program households. Okra is a crop for both summer and fall, and its production is starting to pick up. 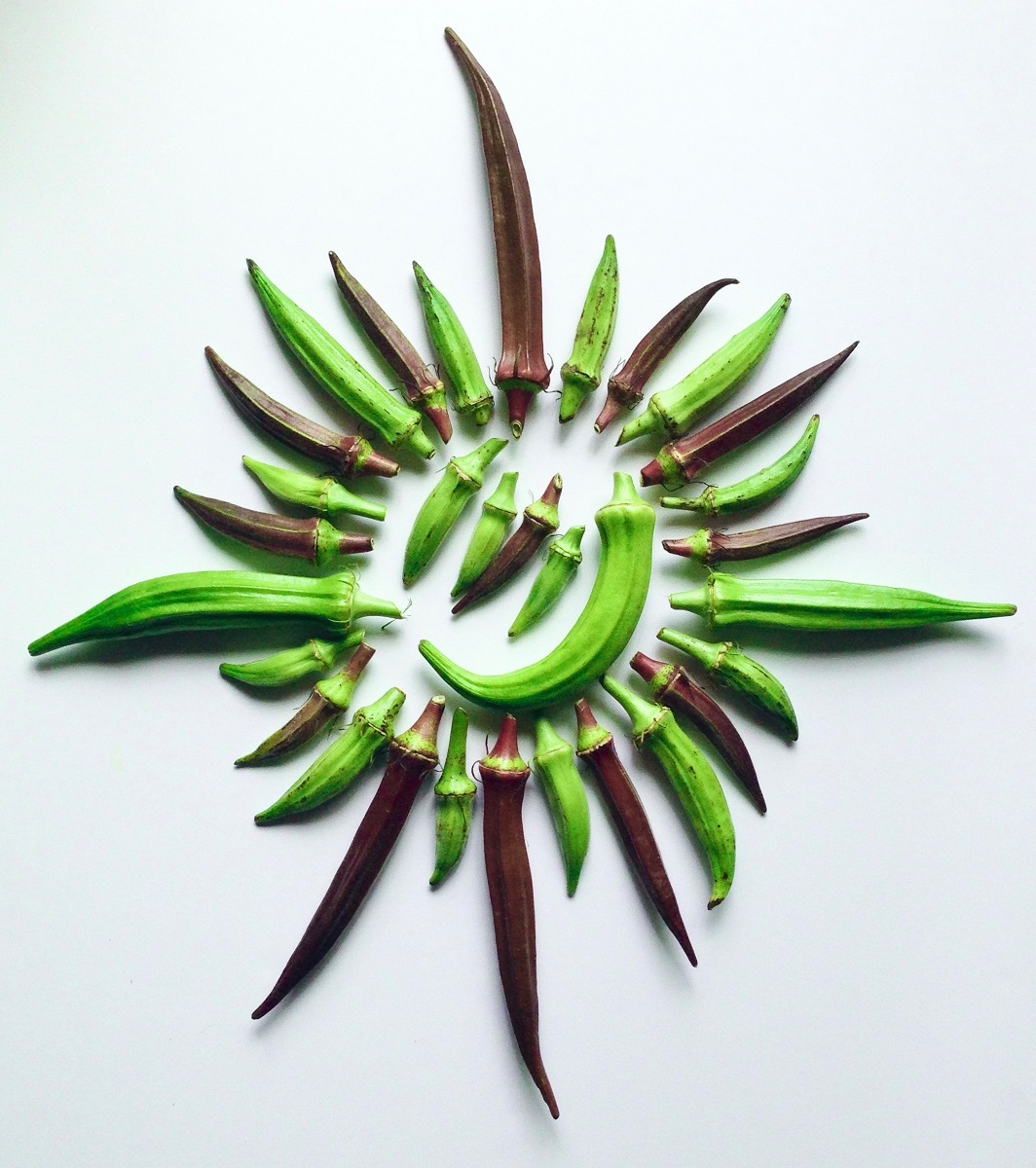 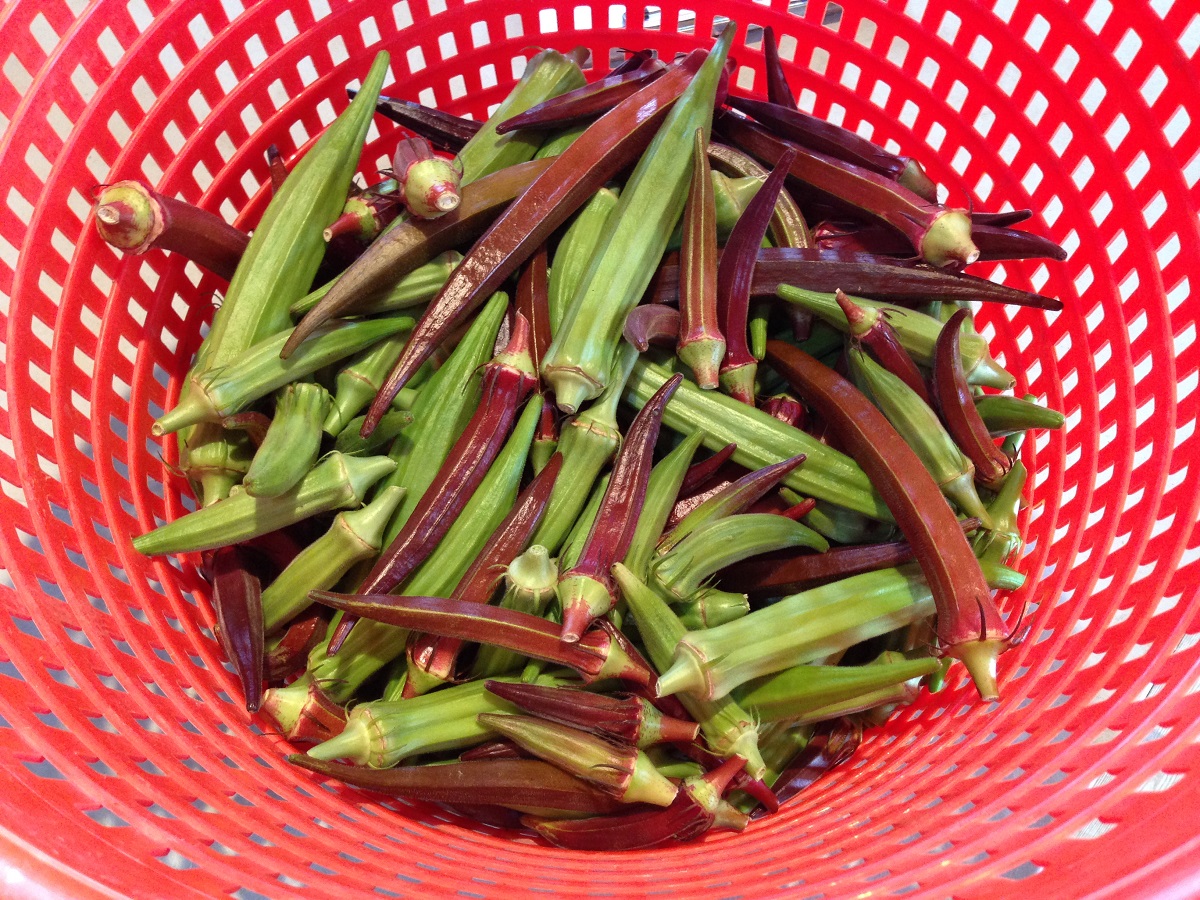 Okra, also known as lady’s fingers, is a good source of fiber, potassium, and vitamins a, c, and k. Okra is a flowering plant in the mallow family that’s related to cotton and hibiscus. The next time you are able to, compare okra flowers to hibiscus flowers, and you will see how similar they look. 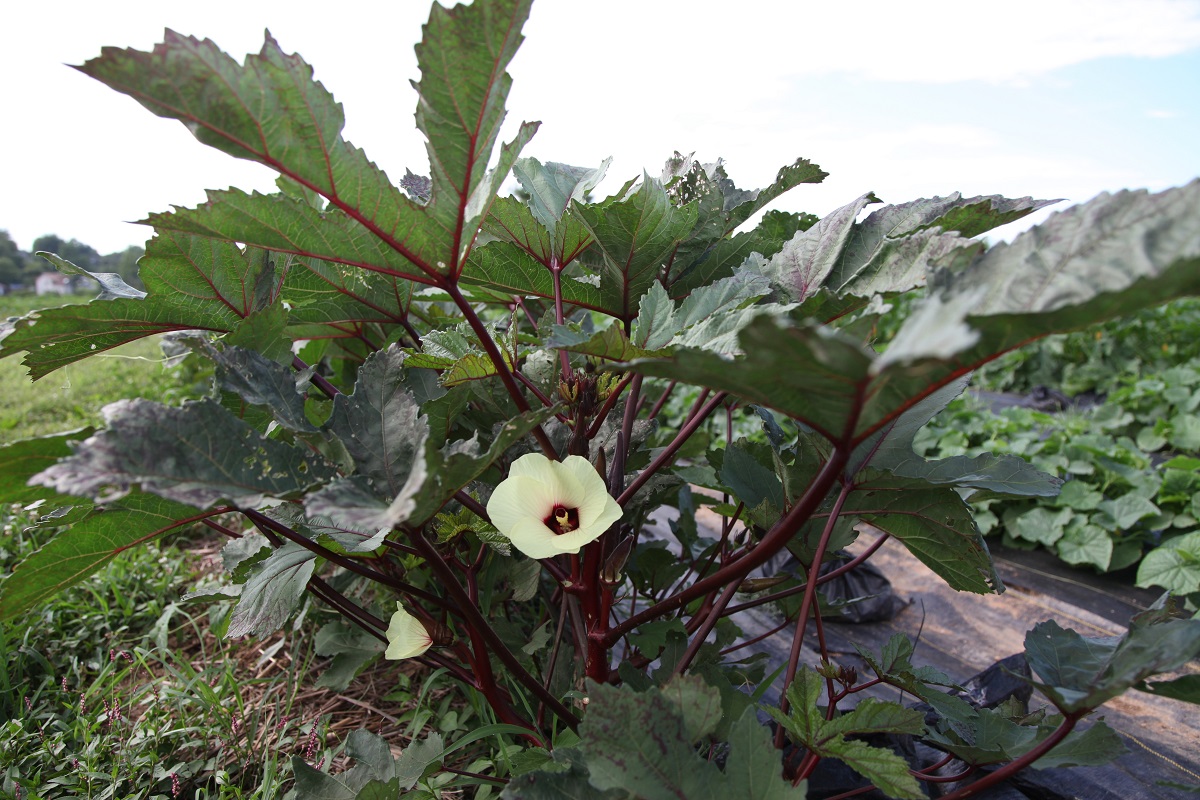 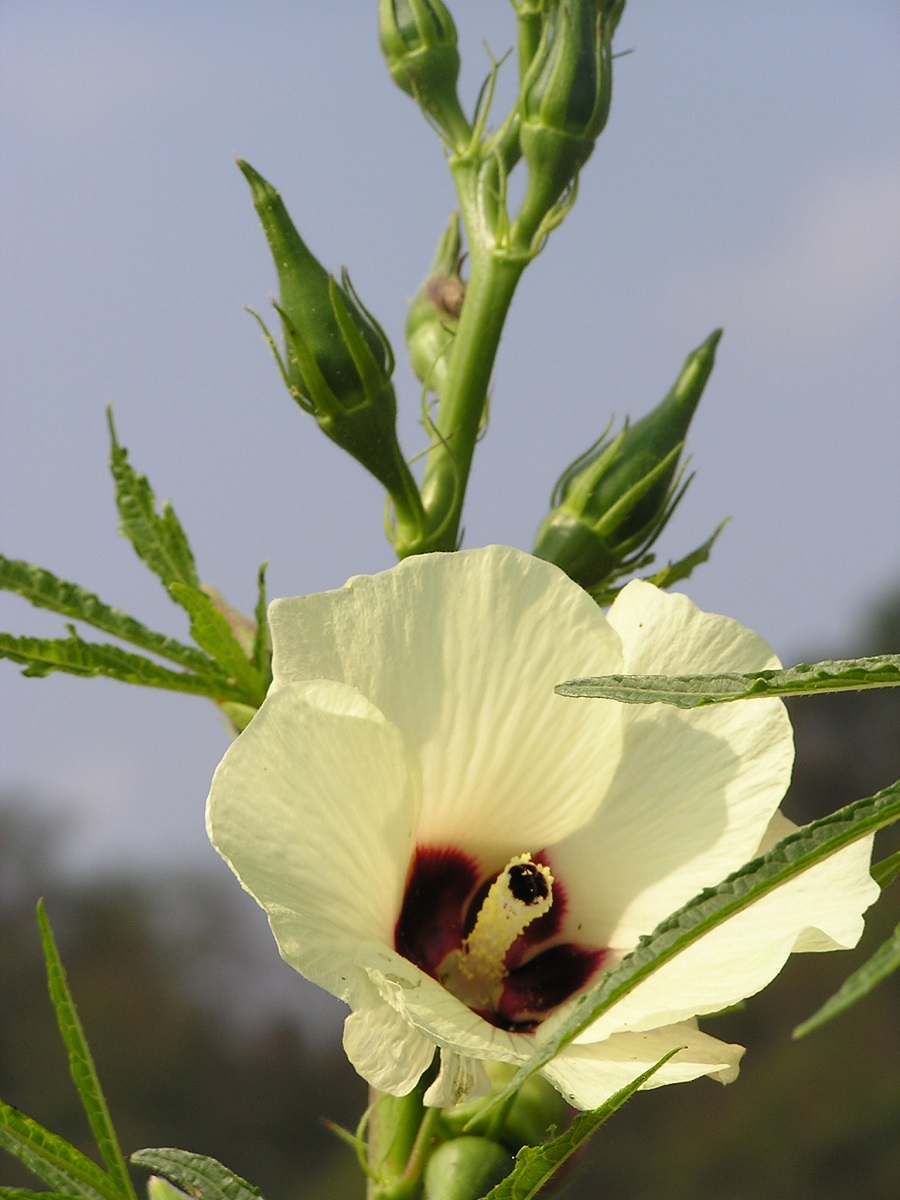 Okra has edible seed pods (making it technically a fruit and not a vegetable), which are harvested when immature. Okra is known for its mucilaginous juice and for being gooey or slimy, especially when cooked. Some people love okra for its uniqueness, while others are not a fan of its sliminess. When storing okra for later use, do not wash it – it just makes it slimy – instead, put okra in a paper bag and refrigerate. 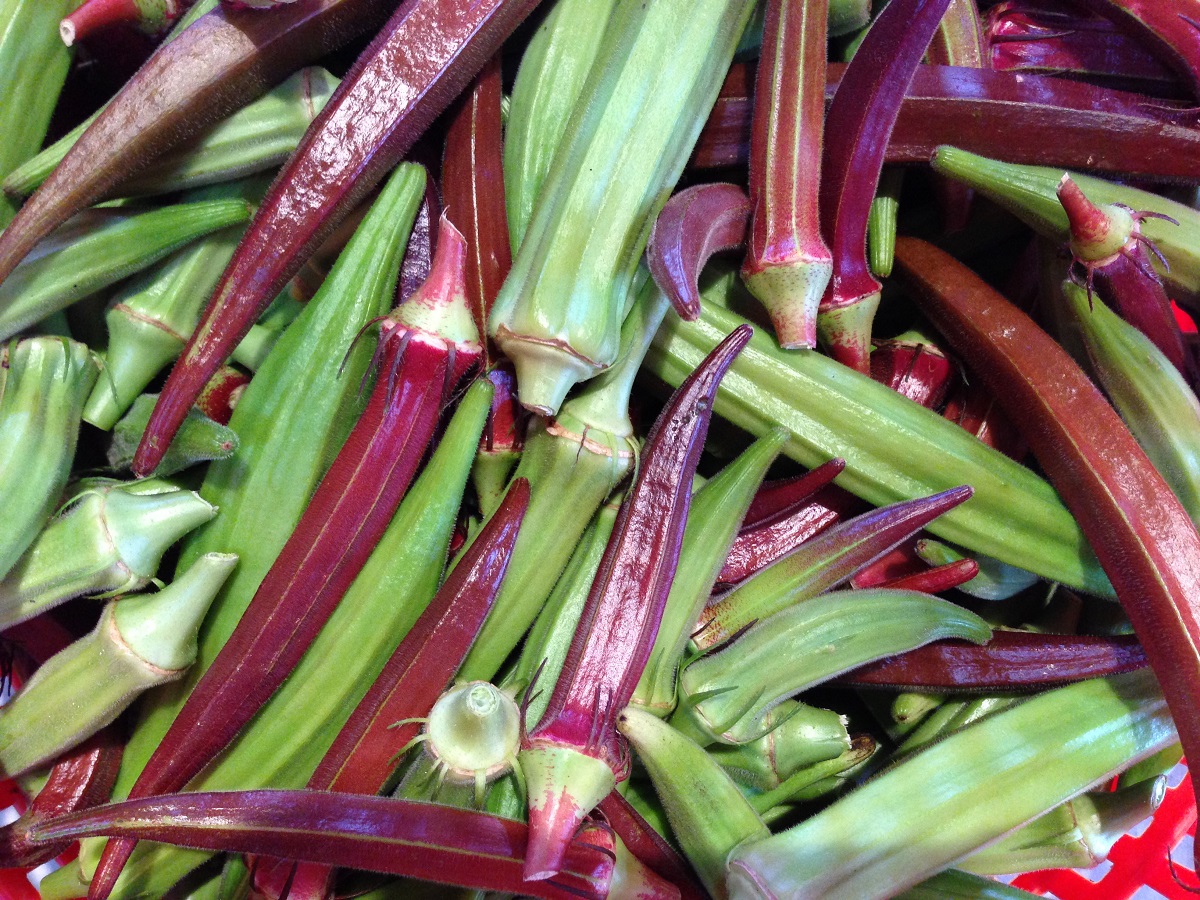 There are many ways to eat okra. The most popular ways are as fried okra and cooked in gumbo. It can also be eaten raw in salads, tossed in olive oil with salt and pepper and roasted in the oven, stir-fried, and cooked in soups. Interestingly, when red okra is cooked, it turns green. If you get a chance, don’t be afraid to try okra this summer or fall! 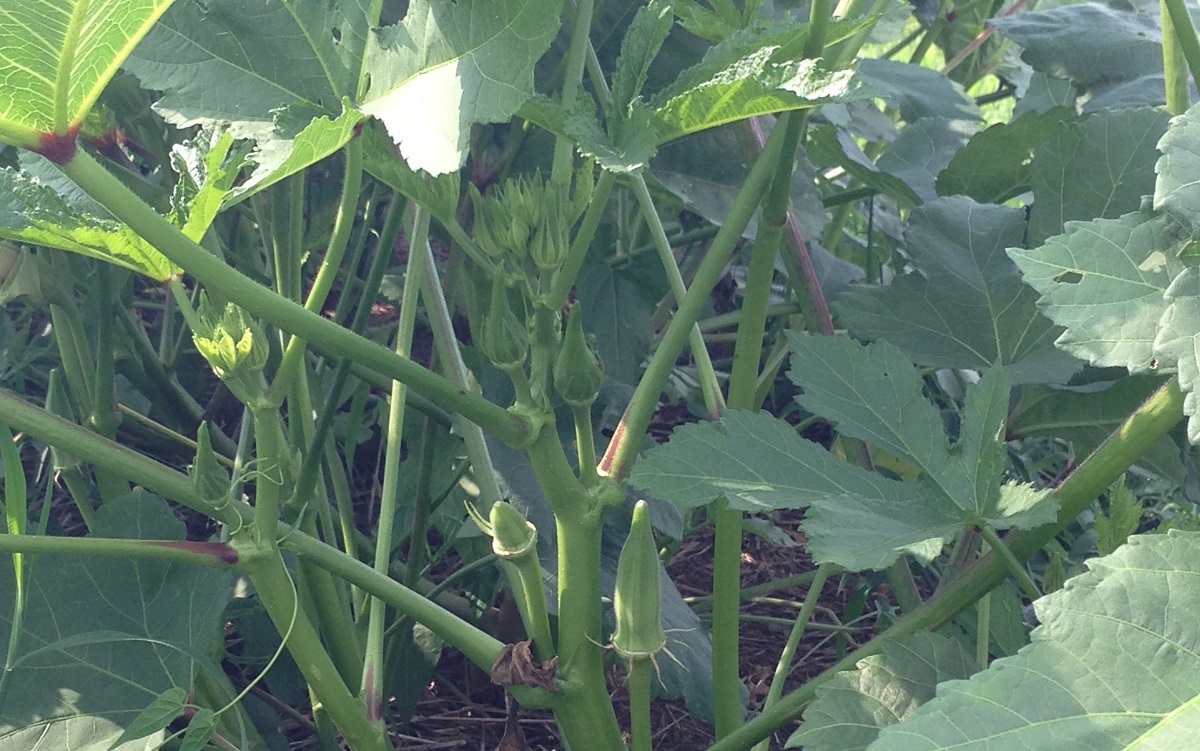 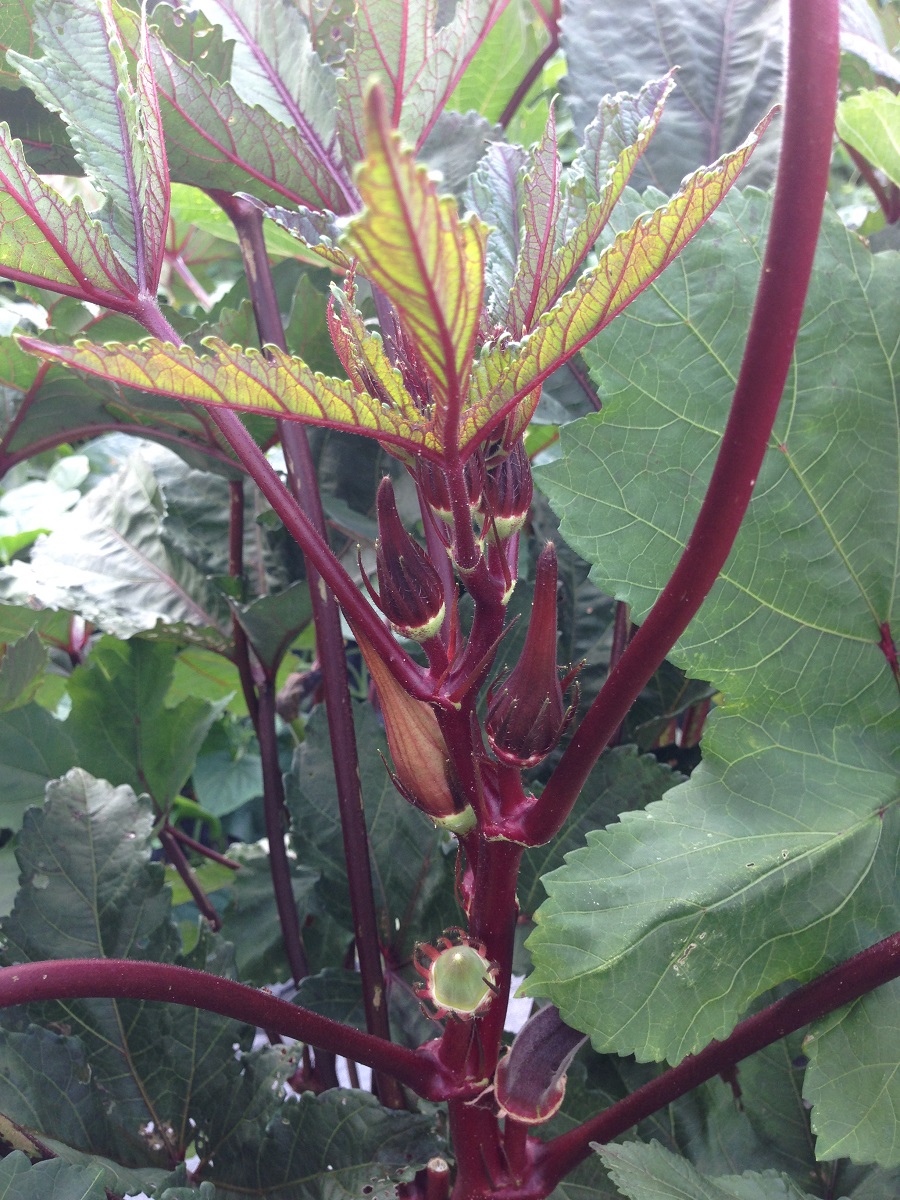