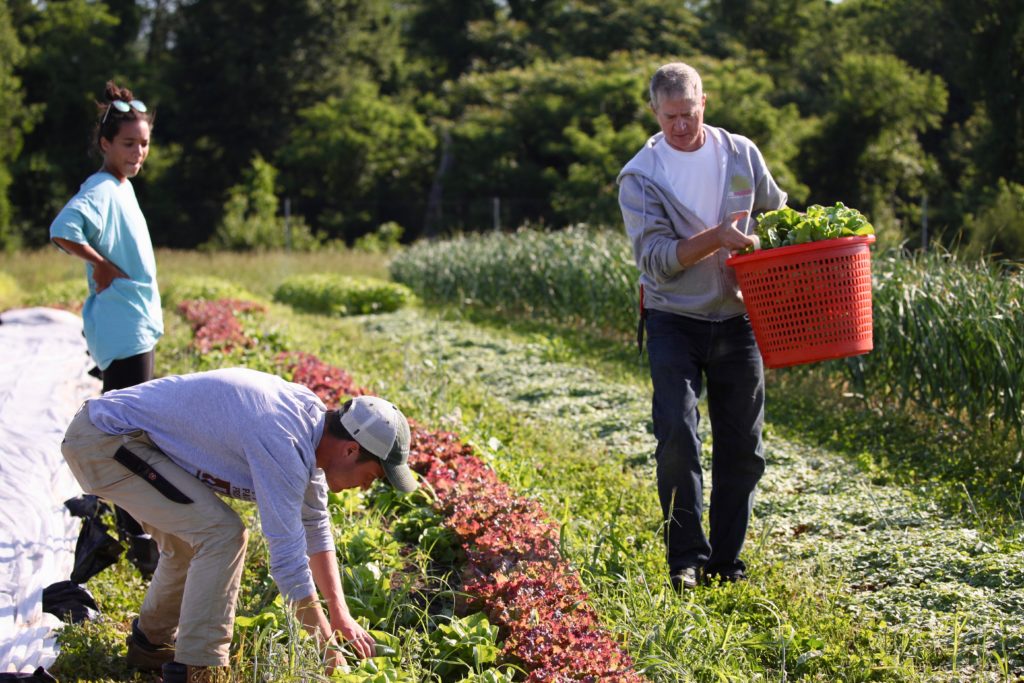 Conrad began volunteering at Red Wiggler in August, 2015.  He has logged over 1,000 hours since then, working with staff and Growers in the fields.  “I live a bizarre life”, Conrad says, referring to the severe short term memory loss that is the result of a stroke.  But that hasn’t stopped Conrad from enjoying working outdoors, being in the fresh air, and getting good exercise.  “Red Wiggler is a good place to be.  There are good people here and I like to pitch in wherever I can.”  He enjoys meticulous work like seeding in the greenhouse and transplanting small plants, as well as really physical tasks like mulching and spreading compost.

Conrad and his wife celebrated 33 years of marriage in June, and have two grown daughters.  Conrad has a great time playing with his dog Roo (named after the  Bonnaroo Music and Arts Festival in Tennessee).