As a prelude to Red Wiggler’s annual Harvest Celebration and Silent Auction on Saturday, September 7th, I sat down with our Executive Director and Founder, Woody Woodroof, to talk through the history of this colorful event and what it means to the Red Wiggler Community.

The Harvest Celebration honors the fields’ growing cycles, the Growers, the staff, the Board of Directors, volunteers, students, CSA members, and the community of donors who make Red Wiggler possible.

The first Harvest Celebration was on Halloween in 1996. It was a handful of Growers, Woody’s college roommate, and the owner of Red Wiggler’s prior location on Peachtree Road in Comus, Maryland.  Everyone came together to celebrate the end of the CSA and a job well done.  Woody said that there was music, food and drinks, and that they actually lost money because of the cost of the sound system rental. 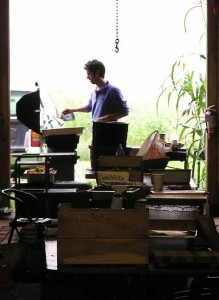 Woody often talks about the Harvest Celebration right after September 11th in 2001. Tim was in New York for work and had planned to rent a car at La Guardia Airport to drive down for the celebration later that week.  After the chaos and tragedy that ensued, Manhattan was shut down and closed off. Tim could not make it down.

On the farm, Woody, the staff, and Board Members went back and forth about whether or not to hold the event.  After that solemn week they decided that their community was ready and perhaps needed a space to come together for a positive experience. The event went on. “Veggie Annie” came from Fredrick and cooked for over 100 people. They held a candle light remembrance; Woody said that it felt right to be together.

In 2004 the Harvest Celebration was at the “new” farm, our current location on the Ovid Hazen Wells Park in Clarksburg. The community had embraced the event and it had grown to the point that Red Wiggler switched to a buffet style meal featuring ‘small plates” and donated food in addition to the food that came from the fields. The Harvest Celebration was (and is still) a vegetarian event- we are, after all, a vegetable farm.

In 2008, there was a hurricane! Woody remembers the whole week being wet.  The morning of the event the cover of the Washington Post read, “Don’t Go Out! Stay Home!”  It was then he decided to postpone the event until Sunday. At this point there was already $8,000 worth of bids on the event’s online auction (remember, this was Red Wiggler’s one fundraising event of the year.) The event took place on the tail of Hurricane Hannah, people still came and enjoyed themselves and yes, it was still very wet.

In 2009 we rolled out the plan for the Ready, Set, Grow! Capital Campaign – the goal of which was to raise enough funds to build a facility for Red Wiggler with offices, program space, a greenhouse, indoor plumbing and heating and cooling which would enable Red Wiggler to operate beyond nine months a year. By 2011 the building was under construction and at the 2012 Harvest Celebration we dedicated the building and greenhouse to all of those, all of you, who helped it come to fruition.

Throughout the years the Harvest Celebration has stayed true to its original mission, to celebrate the bounty of vegetables in the fields and a job well done.  It is and always will be a chance for our supporters to come to the farm to spend time with the Growers, to appreciate the land and reflect on the season, and to raise money for the following year. It’s a fun, moving, and beautiful event unique to Red Wiggler.  At the celebration we celebrate “The Big Wig” or as Woody likes to call it, the unsung hero award.  The “Big Wig” is a surprise award. The Big Wig award continues to be a gesture of gratitude for being authentic, for generosity and for helping Red Wiggler continue our work in the community. 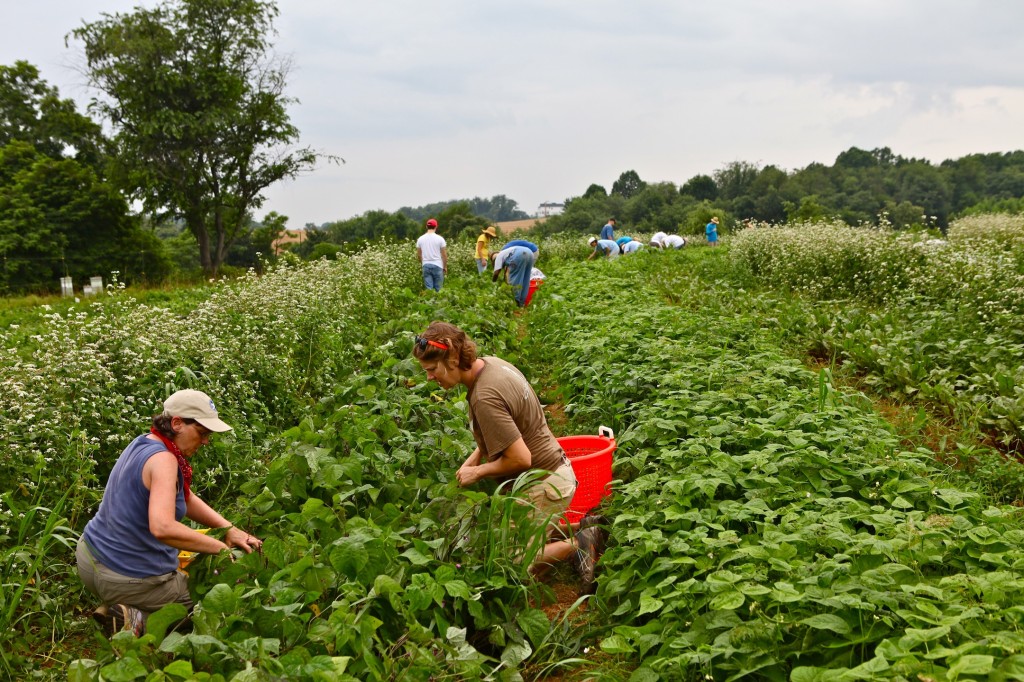 Because of your support over the years, Red Wiggler’s growing season no longer ends in September.  With the new building and greenhouse and additional fundraising efforts to pay for general operating costs, we are able to provide year-round programming and to grow and harvest through Thanksgiving.

We hope that you will join us at this year’s Harvest Celebration to celebrate vegetables and their ability to transform our wonderfully unique community.

Tickets and event information can be found at www.redwiggler.org/events

If you’d like to do more or are unable to attend, please consider a Family and Friends Sponsorship

Thank you again for your support. We can’t wait to see you at the Harvest Celebration.